Tinnitus (pronounced either tin-night-is or tin-it-is), or ringing in the ears, is the sensation of hearing ringing, buzzing, hissing, chirping, whistling or other sounds. The noise can be intermittent or continuous, and can vary in loudness. It is often worse when background noise is low, so you may be most aware of it at night when you’re trying to fall asleep in a quiet room. In rare cases, the sound beats in sync with your heart.Tinnitus is very common, affecting an estimated 50 million adults in the United States.

For most people, the condition is merely an annoyance. In severe cases, however, tinnitus can cause people to have difficulty concentrating and sleeping. It may eventually interfere with work and personal relationships, resulting in psychological distress. About 12 million people seek medical help for severe tinnitus every year.

Although tinnitus is often associated with hearing loss, it does not cause the loss, nor does a hearing loss cause tinnitus. In fact, some people with tinnitus experience no difficulty hearing, and in a few cases they even become so acutely sensitive to sound that they must take steps to muffle or mask external noises.

Some instances of tinnitus are caused by infections or blockages in the ear, and the tinnitus can disappear once the underlying cause is treated. Frequently, however, tinnitus continues after the underlying condition is treated. In such a case, other therapies — both conventional and alternative — may bring significant relief by either decreasing or covering up the unwanted sound.

Hearing loss is the lead cause of tinnitus. It most commonly occurs due to trauma, such as acoustic shock (ie reaction to loud noise). Ear infection and other physical trauma to the ear, as well, may cause hearing loss or tinnitus. Less obvious causes are Meniere’s disease, characterized by dizziness, hearing loss, and mercury or lead poisoning, which destroys the function of neural pathways.

One side effect of a medical regiment is the high number of toxins being released into the system. This “ototoxic” overload, resulting in damage to the ear, can be caused by a regimen as intensive as chemotherapy, as benign as aspirin, or anywhere on the median. Biological toxicity is best addressed by a regimen of antioxidants and Alpha Lipoic Acid, which help
clear the system.

A number of metabolic and psychological conditions have been associated with tinnitus. Many metabolic disorders such as diabetes and thyroid problems can cause symptoms of tinnitus. Anxiety and depression are noted causes of tinnitus. These conditions can be addressed through supplementation of minerals and nutrients to support healthy functioning.

Many accept that hearing loss accompanies the process of aging. However, a number of causes lay behind the hearing loss in aging, and a majority of them are reversible. With age certain minerals in the body deplete, while some toxins increase in concentration. As an individual gets older, he produces more compounds such as cortisol, cholinesterase and MAOs, which are toxic, and cause blood sugar levels to fluctuate, thus inducing symptoms of tinnitus. Additionally, bone density decreases; this is particularly true in the cochlear bones structure of the inner ear. The effects of aging on your hearing can be reversed by supplementing the depleted vitamins and minerals, and by removing toxins, with the help of antioxidants that scavenge free radicals. 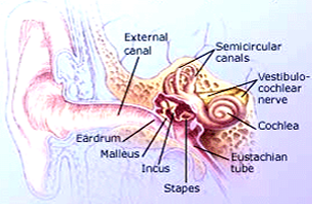 The Parts off the Ear 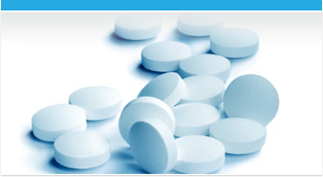 350 patients with hearing loss and tinnitus due to advanced age were treated with the key ingredients of TinniFree, and the success rate for improved hearing and tinnitus was 82%.

This formula is the most comprehensive hearing support formula, with targeted ingredients shown to be effective for noise-free hearing support. The TinniFree formula is based on clinical journal reports cited by leading tinnitus research organizations.

Copyright 2020 TinniFree. All Rights Reserved.
These statements have not been evaluated by the FDA. This product is not intended to diagnose, treat, cure or prevent any disease. Reproduction in whole or in part in any form or medium without express written permission is prohibited.